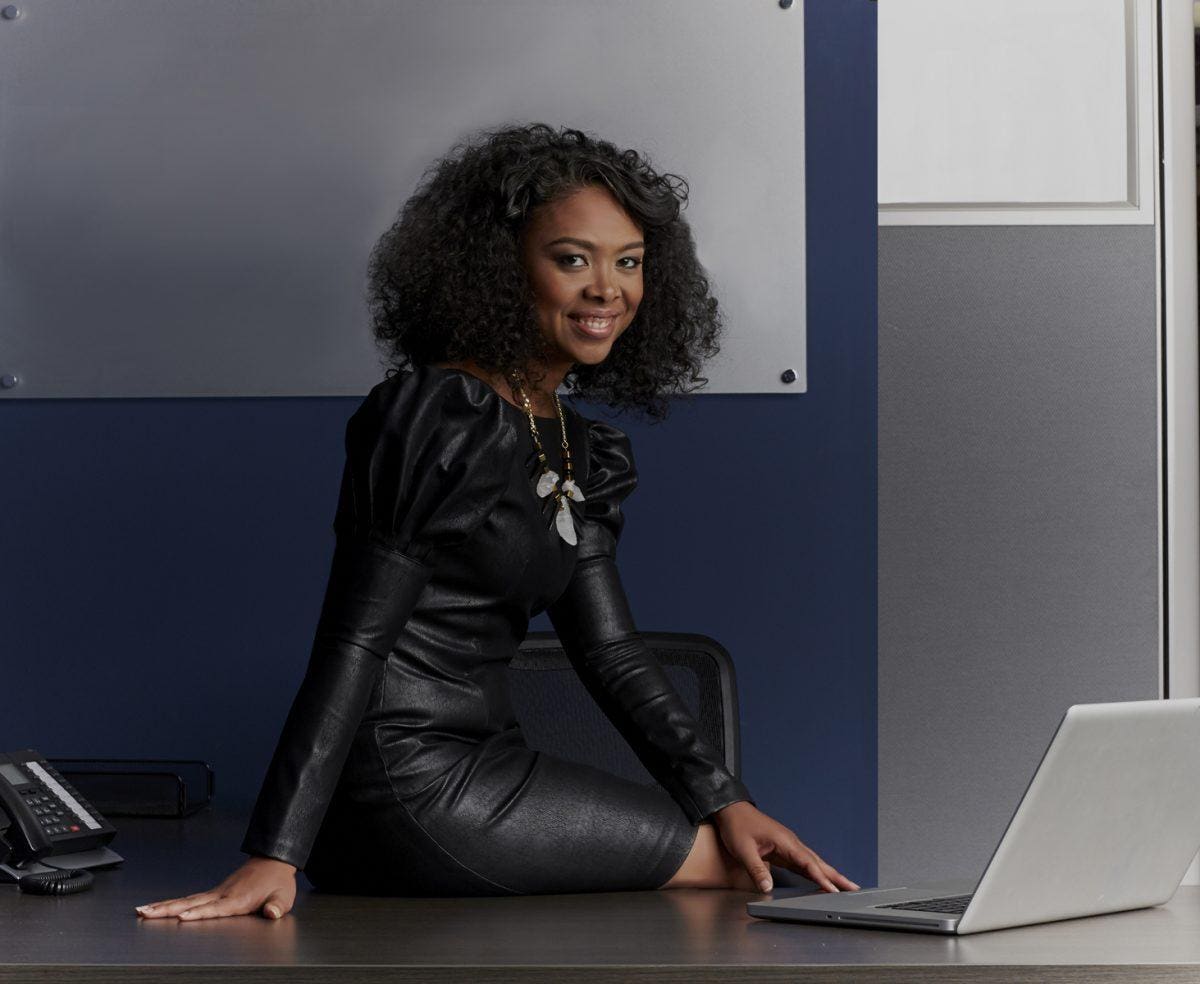 Betts' advice for entrepreneurs: "Be prepared to sleep like a baby. You'll wake up in the middle of the night, sobbing profusely and crying out for your mommy!"

Cassie Betts started her career as a fashion designer.  When she saw firsthand how outdated the technologies used for designing and manufacturing clothing were, she decided to take action. In 2013, she founded District2.Co, a technology company that streamlines the manufacturing process by connecting brands and designers with factories. More recently, Cassie founded MISLA (Made In South LA), an urban economic accelerator, to bring stimulus to her hometown community. Here, Cassie shares her "geeky" roots (as a kid, she loved robots, calculus, and computers, and learned to code at age 9), her love of fashion, and her desire to reinvent South LA.

How did you segue from fashion designer to tech entrepreneur?

I'm actually an entrepreneur first. As a child, my family had a real estate business in a sleepy town called Pontiac, Illinois. At one point we had over 150 units. At age 11, I started helping my dad manage the business. I took care of all the administrative work, collected rent, dealt with complaints and sent maintenance people to fix repairs. The "maintenance" team was basically my family and I! We painted, fixed the plumbing, did the electrical work... everything! I absolutely hated this life, but I definitely learned a lot. And it formed the foundation for my life as a serial entrepreneur.

After I graduated from the Fashion Institute of Design and Merchandising (FIDM) in Los Angeles, I started a clothing line, had a photography business, and became a wedding dress designer. I loathe cubicles and "clocking in." Still, I felt compelled to work my way up the corporate ladder in the fashion industry to understand and see firsthand how the apparel industry works. I noticed that the technologies being used to design and manufacture clothing were really outdated. So, in 2012, I set out to upgrade the manufacturing process. Initially I wanted to create design software, but I realized the need for sourcing manufacturers was more urgent. In 2013, I founded District2.Co to connect brands and designers with factories to better automate the manufacturing process.

What inspired your interest in technology?

I taught myself how to code when I was 9. I just wanted to play computer games. I kept asking my father to get them for me. One day he came home with a book of code and told me, if I wanted to play the games, I had to program them into the computer. The programming language I used was Pascal. I spent an entire summer coding computer games. At some point, I abandoned coding, probably because being a computer nerd was NOT the cool thing to be in the '90s. That is my biggest regret. I'd probably be the black, female version of Mark Zuckerberg had I stuck with coding!

Why did you start an urban accelerator in South Los Angeles?

I started MISLA, or Made In South LA as a result of the current political and economic state of affairs. Hashtags like #blacklivesmatter and #aDayWithoutImmigrants have brought the minority struggle to the forefront of American politics in recent years. MISLA is an urban economic accelerator that trains underrepresented minorities in web development, software engineering and other forms of digital literacy. We have plans to launch a tech accelerator to provide funding, and services to existing and new startups in the South LA community with the aim of decreasing the tech diversity gap, increasing economic stability within poverty-stricken communities and battling the ill-effects of gentrification. We've done a few pilot programs and have hundreds of emails from people interested in switching careers or becoming tech entrepreneurs

Read more startup advice from Cassie Betts and other women in tech on our website, www.geekgirlrising.com.

What advice do you have for other entrepreneurs?

Be prepared to sleep like a baby. You'll wake up in the middle of the night, sobbing profusely and crying out for your mommy!